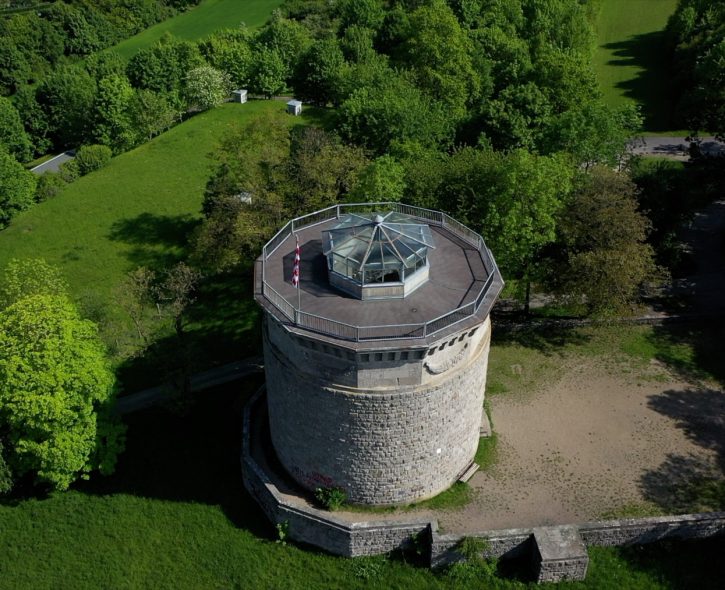 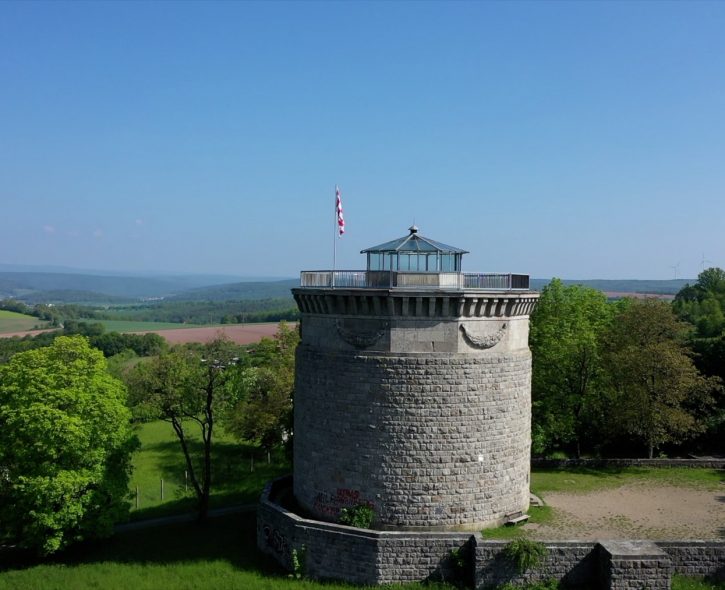 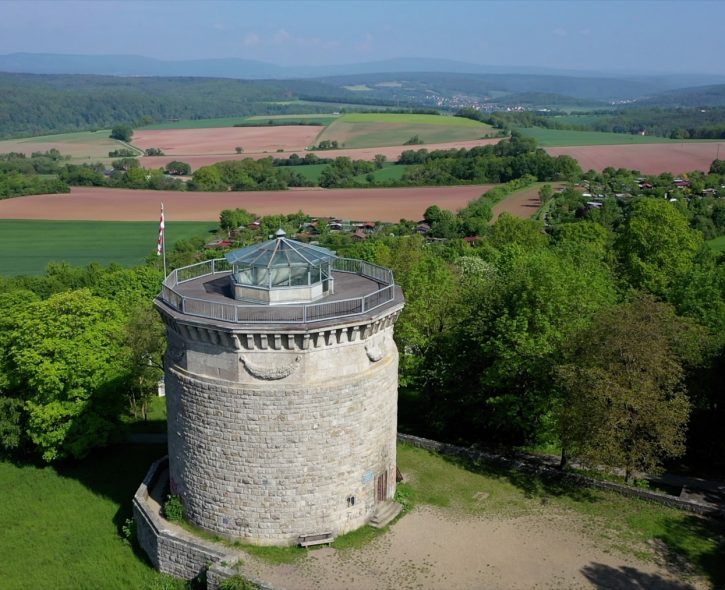 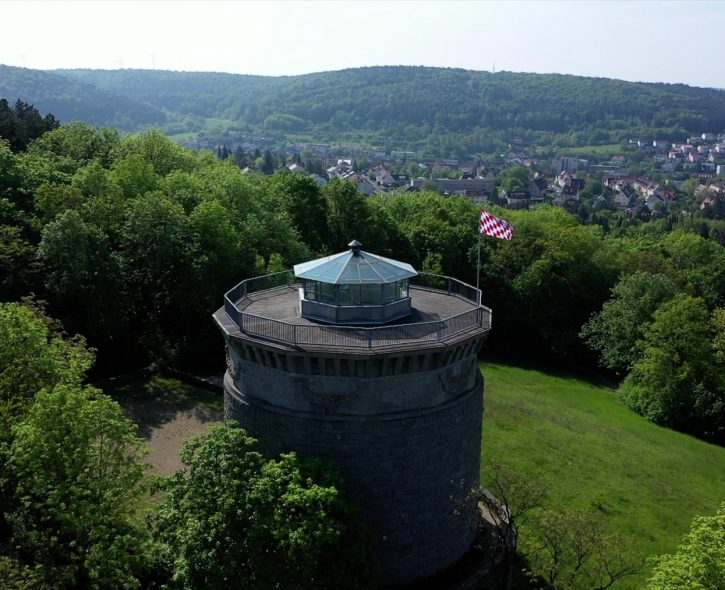 With the imposing tower on the Sinnberg, Bad Kissingen pays tribute to its most famous guest: Otto Fürst von Bismarck. The architect Wilhelm Kreis developed the building plans. Construction began before the start of the First World War. Due to the turmoil of the war, however, the construction work could not continue until 1926. After the tower was closed after the Second World War, it was reopened to the public in 1986 after extensive renovation work. Above the tower there is a natural garden of the BUND with a forest kindergarten as well as the idyllically located Café Sinnberg. The current opening hours of the café can be found in the entry on the city portal "Bad Kissingen erleben" under Food & Drinks.
Drone flight
Opening hours
Easter - mid-October
10:00 a.m. - 6:00 p.m.
Contact
Sinnberg
97688 Bad Kissingen
Show route