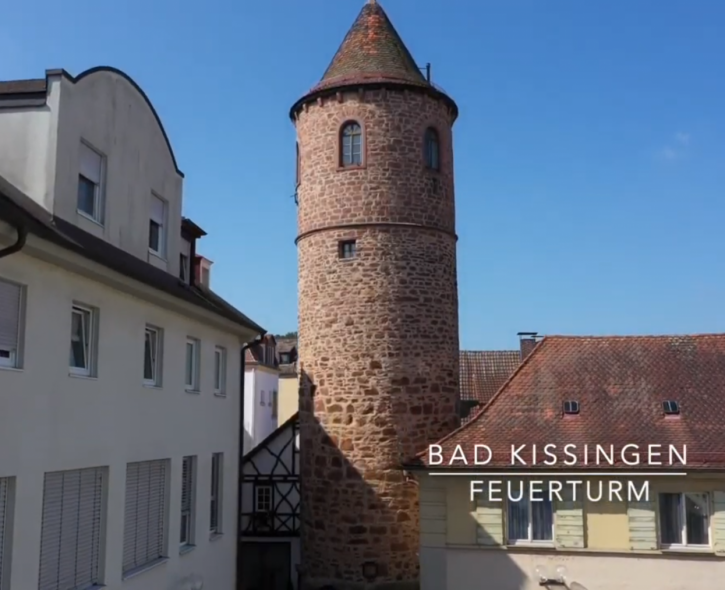 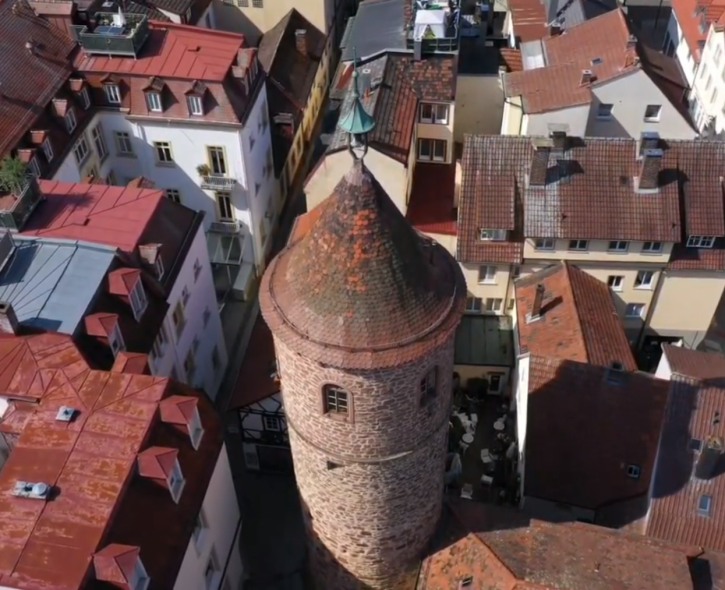 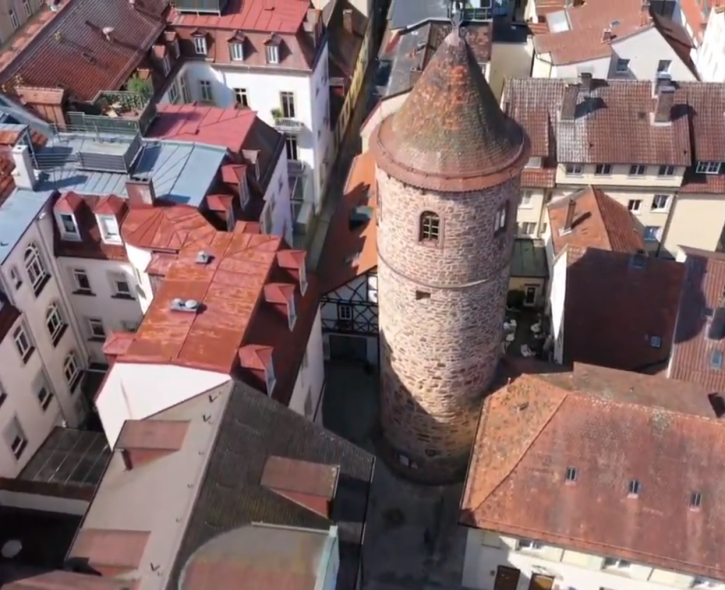 The fire tower, popularly known as the "Fire Tower", dates back to the 14th century. Of the 13 towers of the Kissinger city fortifications, this is the only surviving tower. The other towers had to give way to increasing development in the middle of the 19th century. However, since the fire tower did not stand in the way of this building, it was allowed to remain standing. The walls reach a wall thickness of 1.80 meters in the lower part. They rejuvenate significantly upwards. From 1850 to 1939, the former city tower served as a fire watch tower, where an alarm was raised with the fire bell. Due to the narrow construction and the many wooden buildings, the fire station had an important task. After an elaborate renovation in the mid-1980s, the Fire Tower has since served the Rhönklub Bad Kissingen as a club room and as a celebration room. For the public, access is limited to a few days a year. Especially popular with residents and guests is the annual tower music on Christmas Eve after the Christmette. Here, after the divine services, people gather in the square to tune in to the Christmas carols of the tower musicians .
Contact
Turmgasse 6
97688 Bad Kissingen
Show route