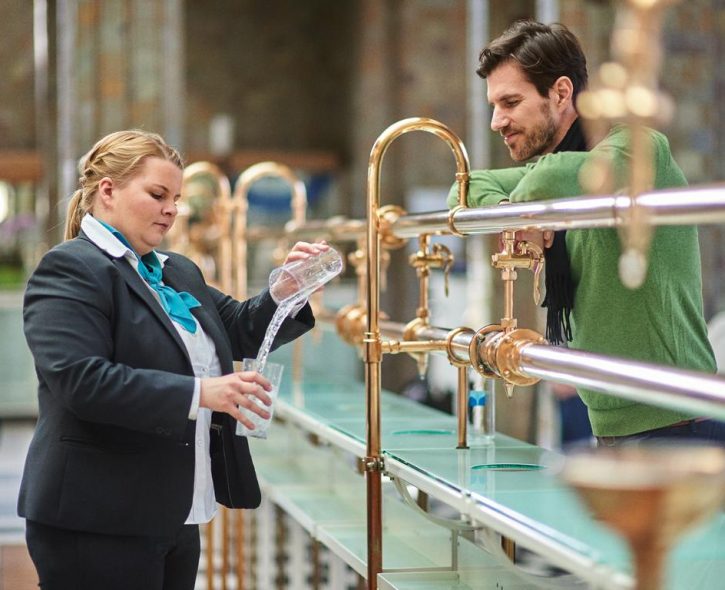 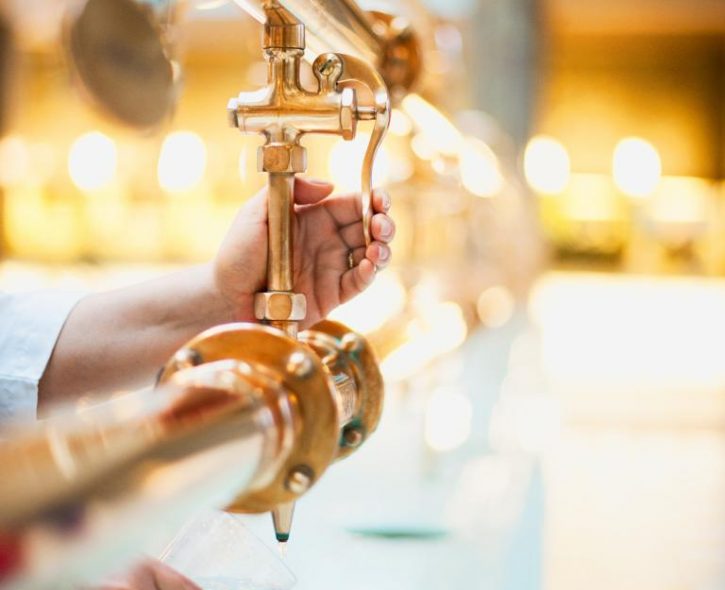 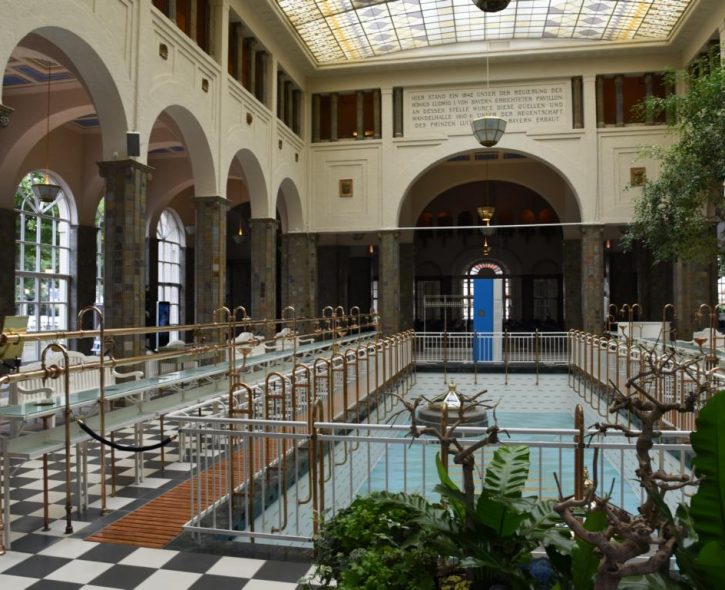 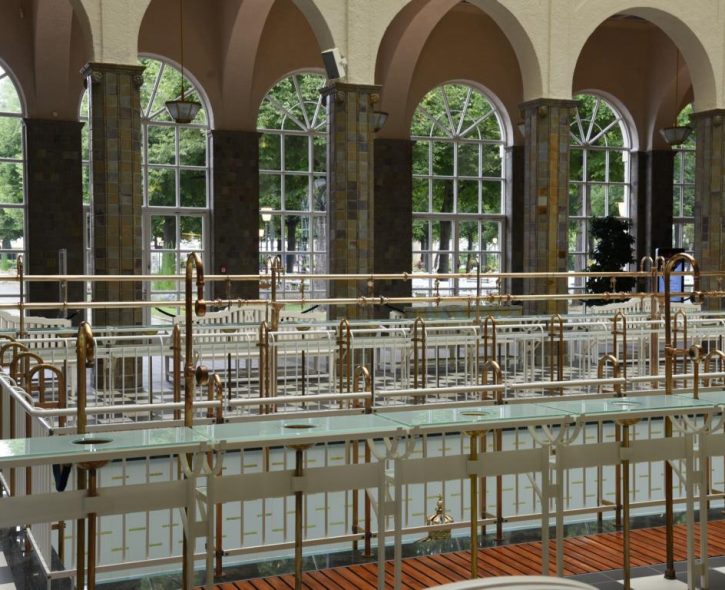 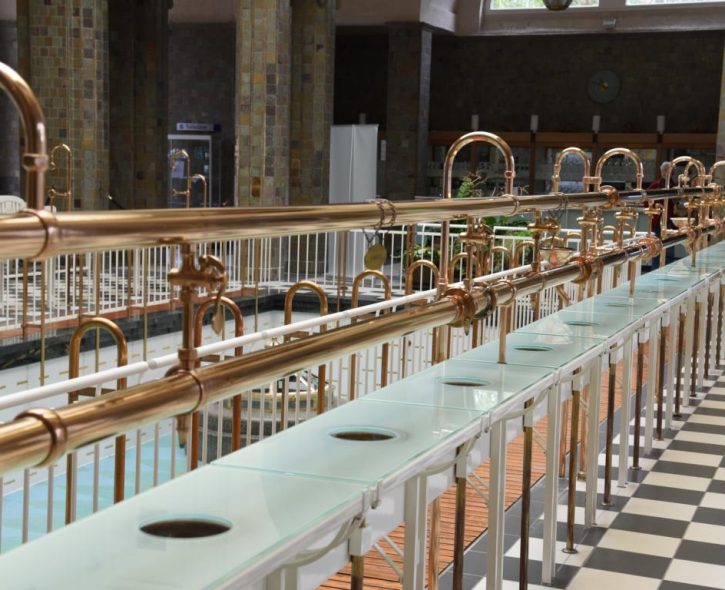 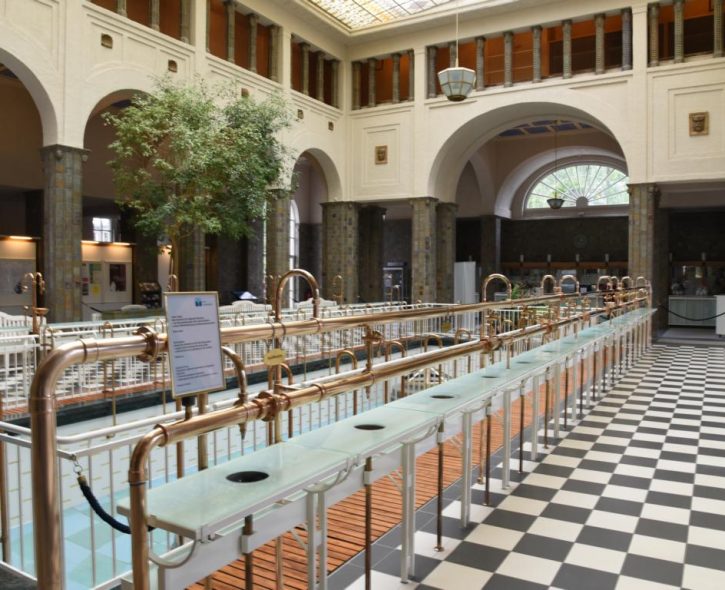 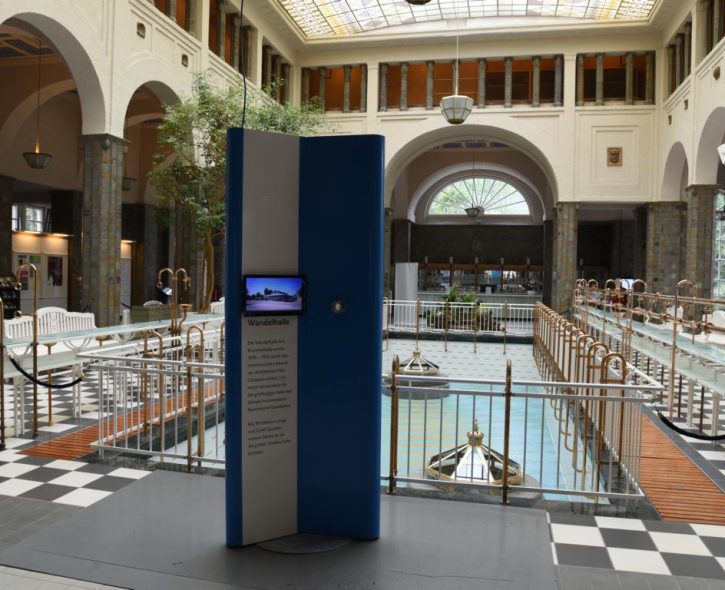 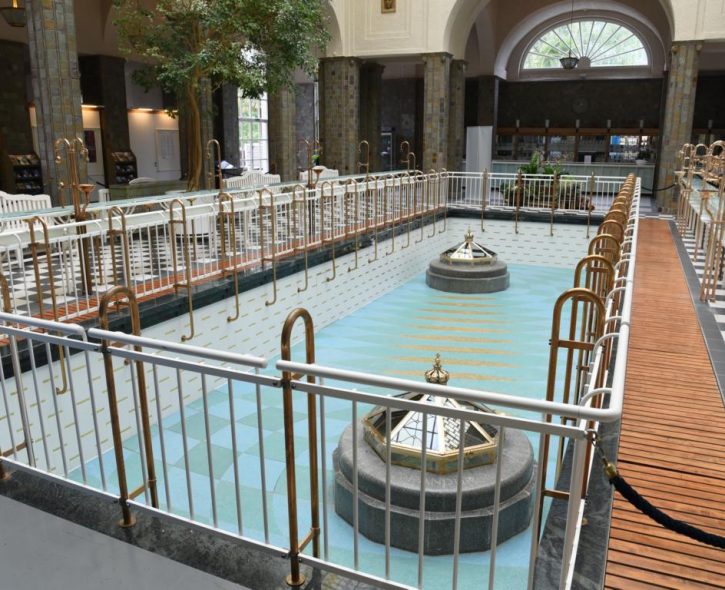 In 1841, the iron fountain hall (also called the fountain pavilion and fountain temple) was built in the Bavarian state bath Bad Kissingen on behalf of the Bavarian King Ludwig I. The designs were provided by the well-known builder Friedrich von Gärtner. On May 15, 1842, the hall was inaugurated. This was the first civil engineering building in Bavaria and one of the first in Germany, which was built entirely as a cast-iron skeleton building. It was therefore rightly regarded at that time as the most outstanding well construction of all European spas. In 1909, however, the hall had to be demolished again and was replaced at the same place in 1911 by the present fountain and conversion hall in solid construction. This fountain hall allows a stay independent of the weather as well as a treatment of the popular healing waters from various springs. The serving times for healing water are daily from 07:00 - 08:30, as well as Mon-Sat additionally 16:00 - 18:00.
360° Tour
Opening hours
Visit with
2G Regulation
Contact
At the Spa Garden 1
97688 Bad Kissingen
Show route
0971 8048444