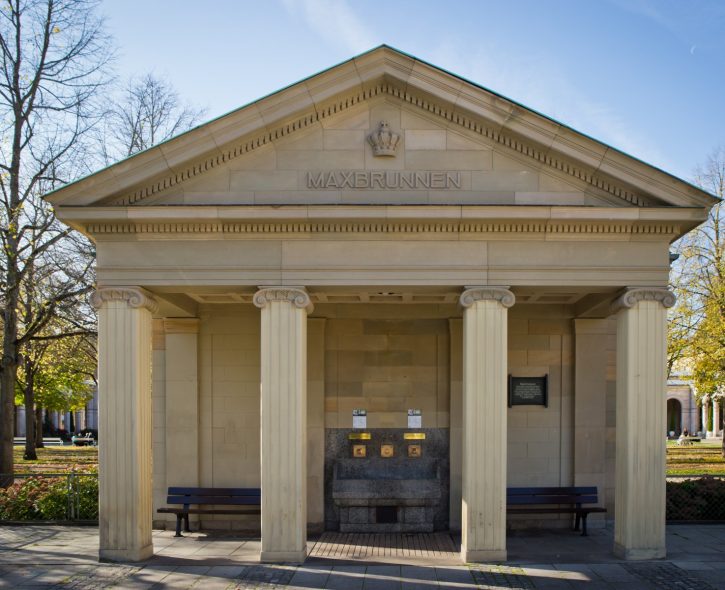 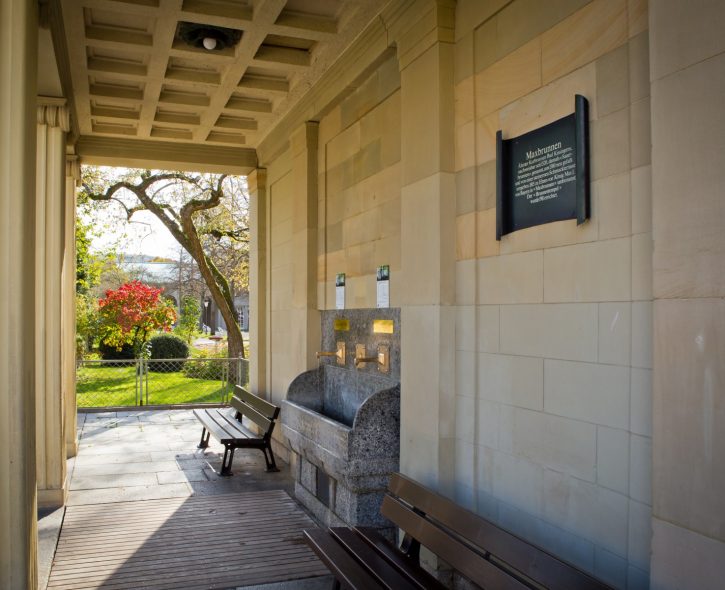 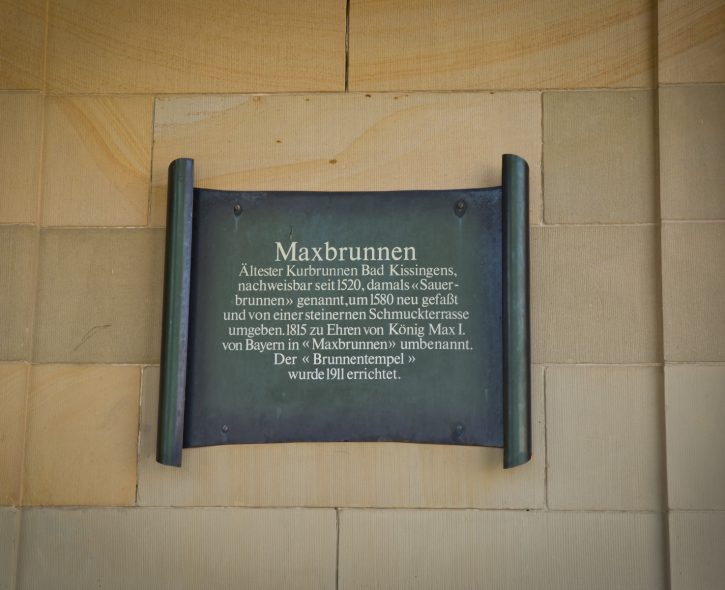 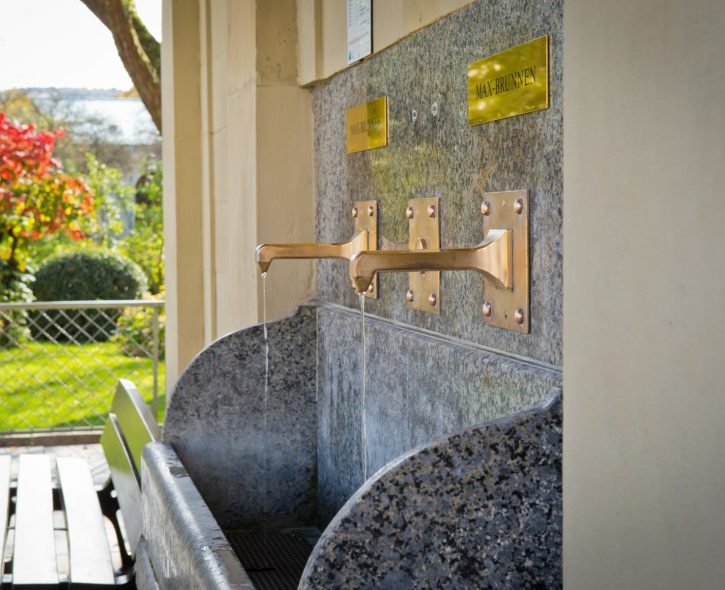 In 1911, the Max Temple was built, which gives the Max Fountain a worthy appearance. On the edge of the spa park is this oldest of the seven healing fountains of Bad Kissingen. It is also called the Sour Fountain, as the spring water is a sodium chloride acidling, which was first mentioned in 1520. The fountain was given its present name with the new version under King Maximilian I Joseph of Bavaria. In his honour, he has been called Max Fountain since 1815. The healing effect of the water is indicated especially in catarrhes of the upper airways, as well as in kidney, urinary tract, stomach and intestinal disorders. The fountain is freely accessible and its water is served daily at fixed times in the fountain hall. If you want to convince yourself of the healing effect, you can do so at any time at the freely accessible fountain (outside the spa park). The pavilion itself with the healing springs version can be visited from the spa garden. Service times in the fountain hall: Monday - Saturday: 7:00 a.m. - 9:00 a.m. and 4:00 p.m. - 6:00 p.m. Sunday and holidays: 7:00 a.m. - 9:00 a.m.
Contact
Kurgarten
97688 Bad Kissingen
Show route
https://www.badkissingen.de/de/gesundheit/wellness/36562.Max-Brunnen.html