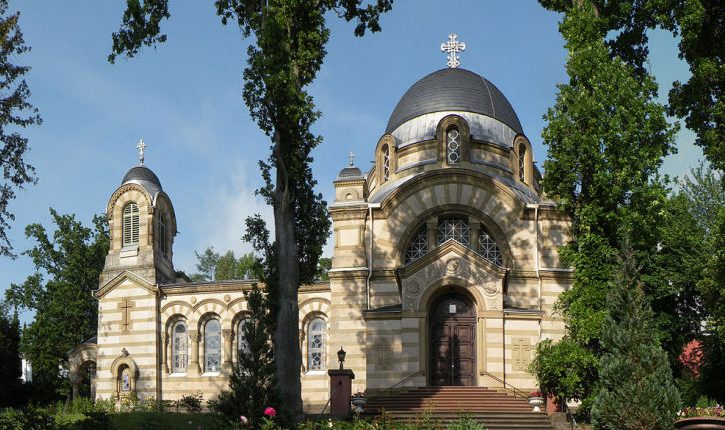 On the occasion of the planned visit of Tsar Alexander II, a Russian Orthodox church was to be built as early as 1856. When the visit did not materialize, these plans were rejected. After the two spa stays of Tsar Alexander II and his family in 1864 and 1868, however, more and more Russian visitors came to Bad Kissingen. In 1898 the foundation stone was finally laid for the construction and the consecration of the church building took place in 1901. The church was built in honour of the coronation of Emperor Nicholas II, which is commemorated by a plaque in the interior. During the First World War 1914-18, the church was closed and under compulsory administration and was not used again as a church until 1921. At the end of the Second World War, the parish house belonging to the church was overcrowded with Russian refugees. Since the mid-1990s, a considerable congregation has re-emerged in the church, consisting mainly of late emigrants. The church is owned by the Brotherhood of St. Prince Vladimir. The church can be visited temporarily. A small donation is expected.
Contact
Salinenstr. 20
97688 Bad Kissingen
Show route
0152 3414 02 08
verwaltung.orthodox-kissingen@mail.ru
https://www.orthodox-kissingen.de/startseite-deutsch/