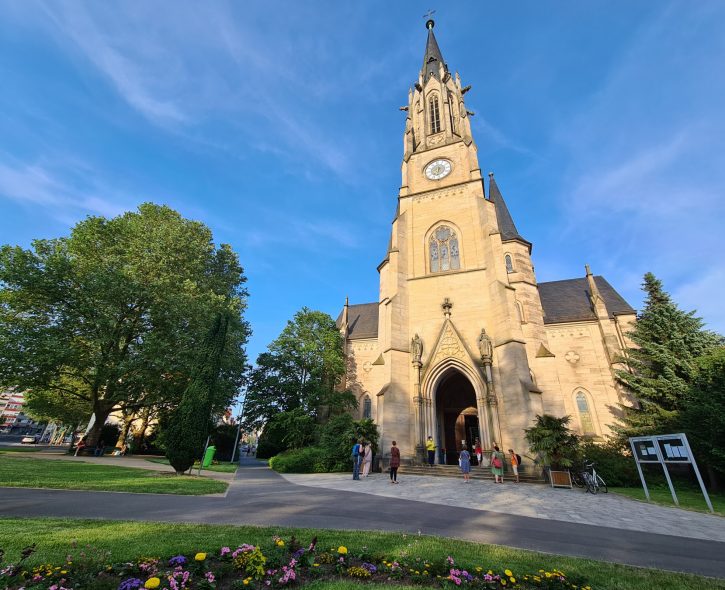 Since the existing St. James Church could no longer cope with the growing number of guests and servants, in 1860 the building of the Herz-Jesu Stadtpfarrkirche was approved under King Maximilian II Joseph. Due to the death of the king and the outbreak of the Prussian-German War of 1866, the government was unable to finance the construction. In 1881 the first groundbreaking ceremony took place and in 1882 the foundation stone was laid. The construction of the church under the direction of the architect Andreas Lohrey was based on plans of the Munich architect Karl von Leimbach in the neo-Gothic style. The large bell of the church weighs more than 2.5 tons and has a diameter of 163 cm. The church services are regularly attended not only by locals but also by numerous guests.
Contact
Hartmannstrasse 4
97688 Bad Kissingen
Show route
https://www.katholischekirchebadkissingen.de/gemeinden#herz-jesu-stadtpfarrkirche-bad-kissingen