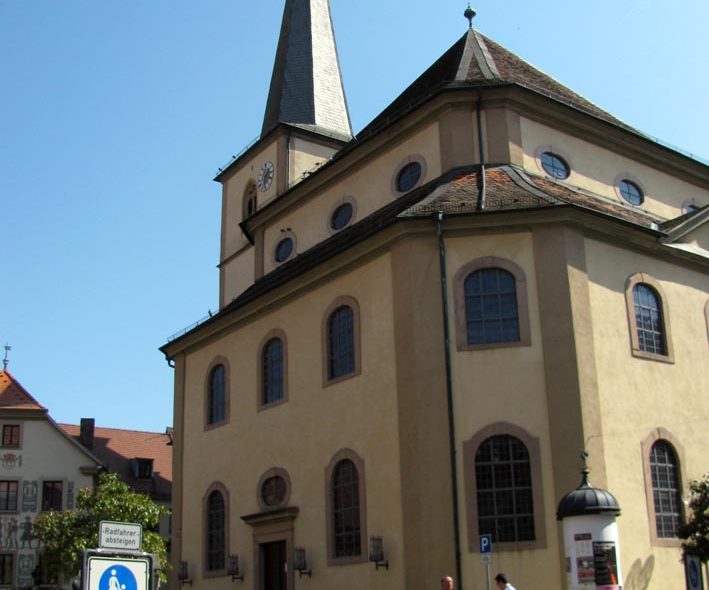 The St. James Church was mentioned for the first time as early as 1341 and in 1509 it was confirmed in writing that a church building was carried out on the present site. Its tower structure was renewed in 1607 under Prince-Bishop Julius Echter von Mespelbrunn and raised to about 67 metres. In 1631, the church, like the Chapel of Our Lady, fell victim to devastation by the Swedes. In the middle of the 18th century the church was demolished due to the poor condition of the building and was not rebuilt until 1775. In the 19th century, a large part of the collection of guild poles belonging to the Church of St. James was created. A first renovation of the church took place in 1909, further renovations in 1960/1961. The last major repairs took place between 1980/1982 and 1989-1992. The rich and opulent furnishings of the church space make the St. James Church an attractive location for weddings and similar occasions.
Contact
Kirchgasse 9
97688 Bad Kissingen
Show route
https://www.katholischekirchebadkissingen.de/gemeinden#jakobuskirche