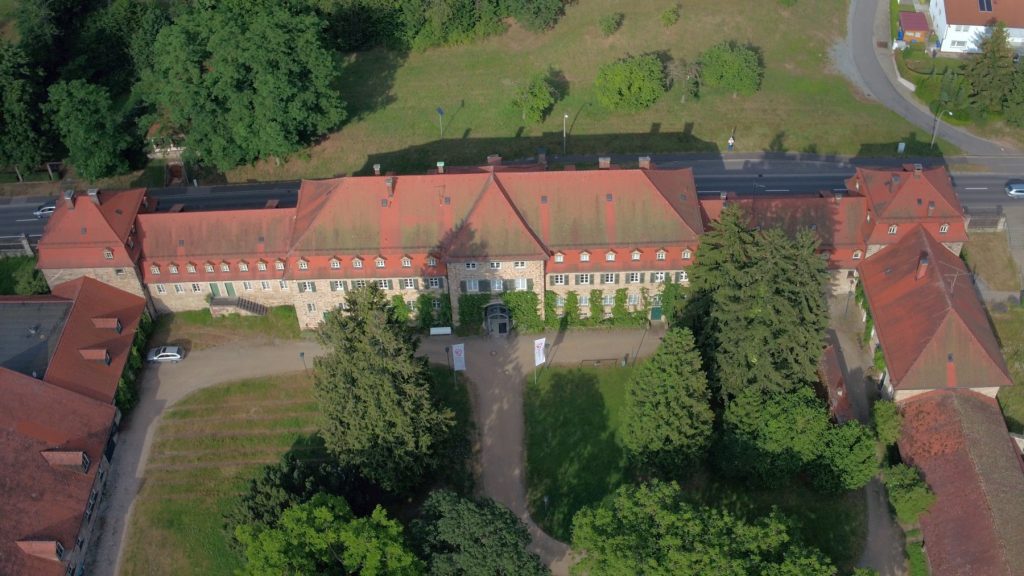 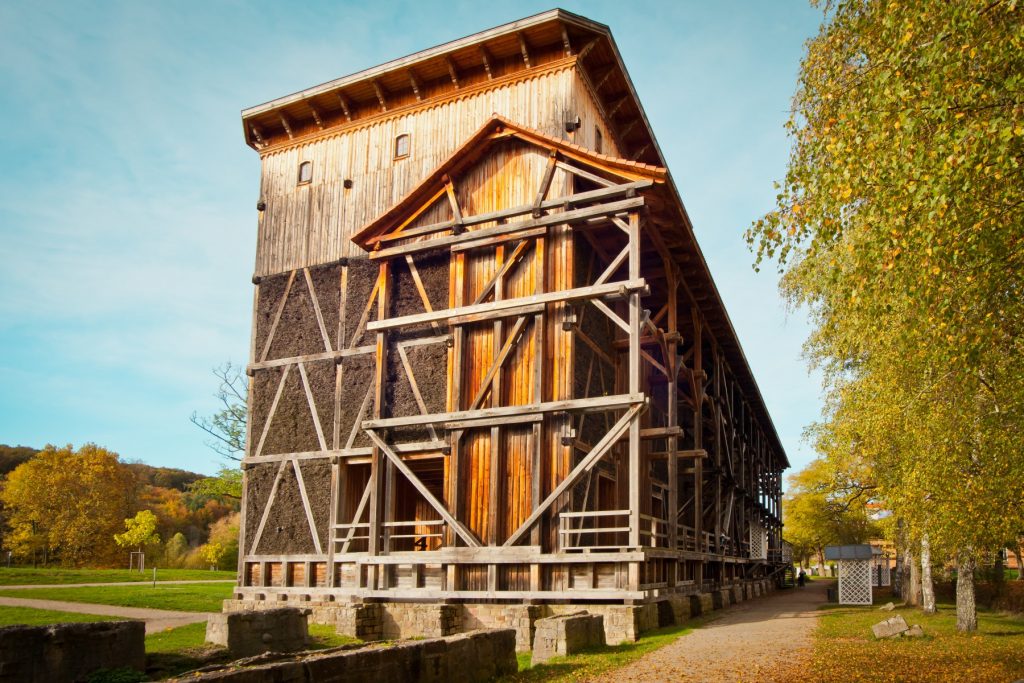 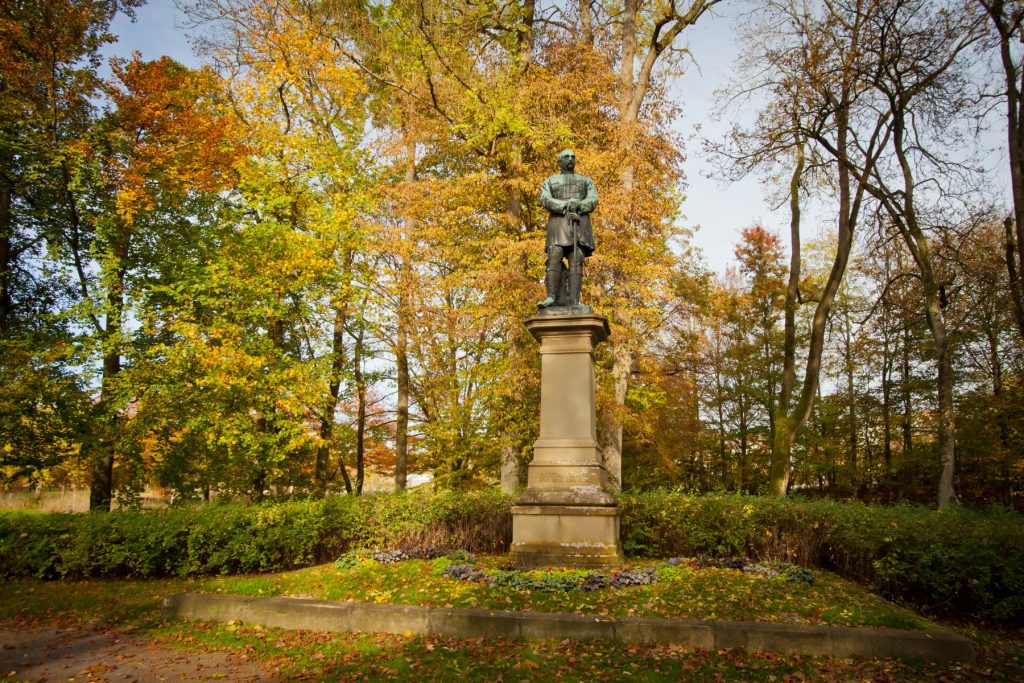 Pumping station at the graduation tower 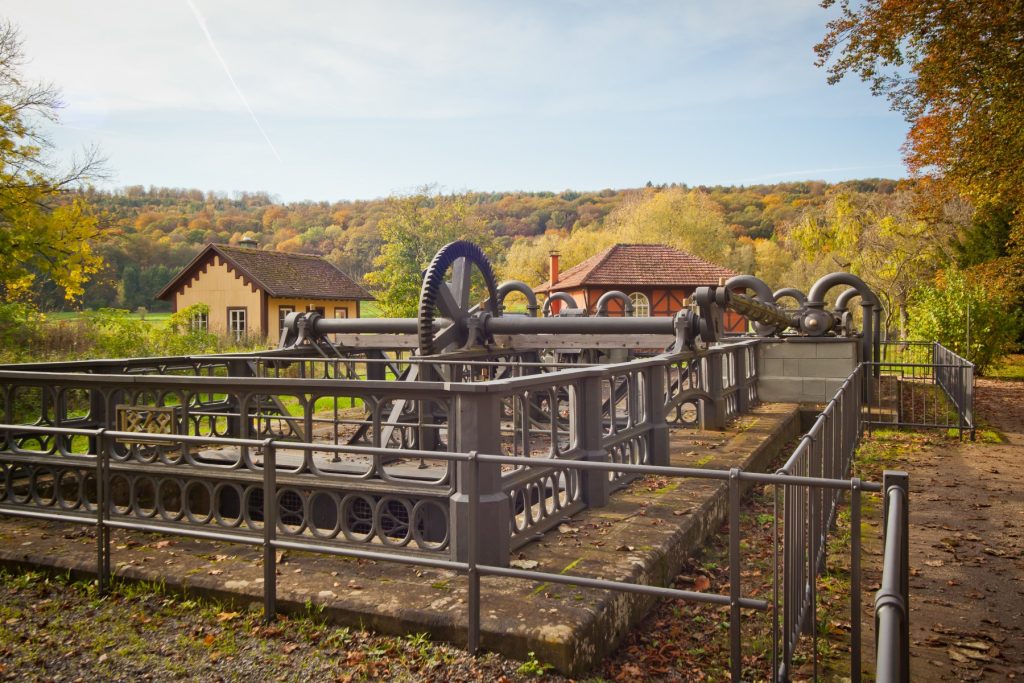 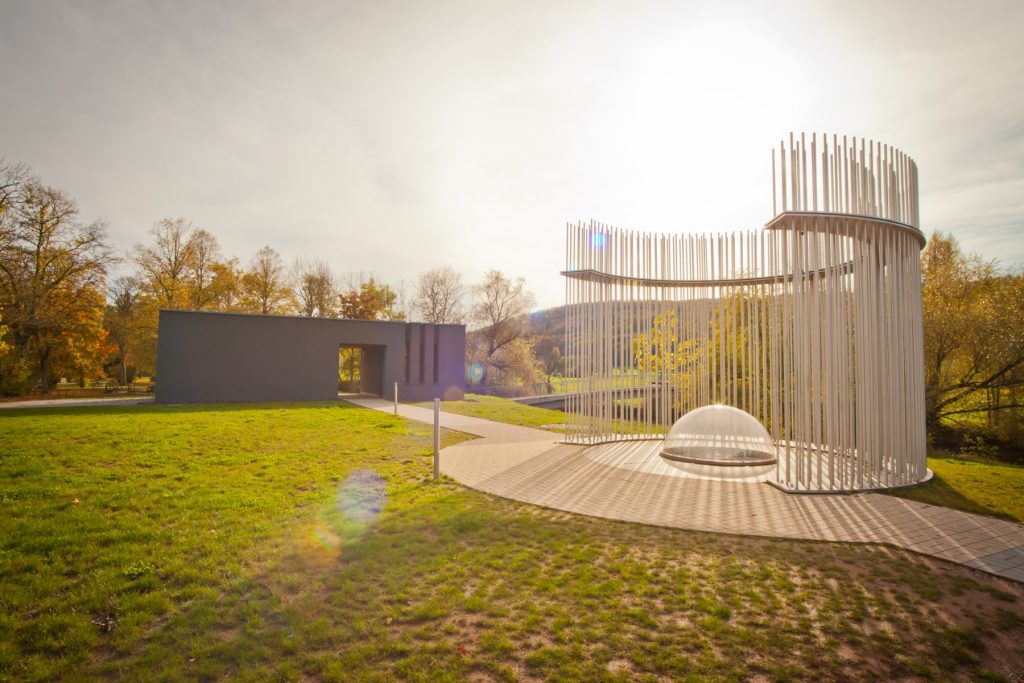 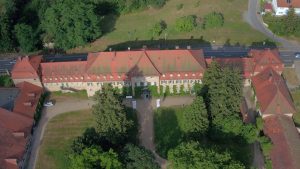 At the original residence of the Reich Chancellor Bismarck, his 100th anniversary of his death, a museum opened in honour of the founder of the Reich and Reich Chancellor. This consists of two parts: the showrooms as well as the historic Bismarck apartment including the original furnishings from the time of his stays in Bad Kissingen. During his 15 spa stays, the Reich Chancellor had temporarily moved his seat of government to the Franconian Saale. The exhibition shows Bismarck as a private individual and as a statesman who was responsible for far-reaching political decisions on a total of 350 square meters. Some of these were taken here in the Upper Saline (“Kissinger Decree”).
An exhibition of historical toys not only makes children’s hearts beat faster. Interesting special exhibitions with various themes, events and a museum shop complement the diverse offer of this institution. 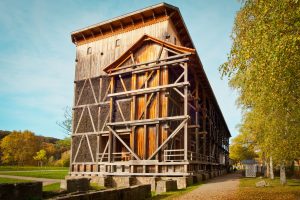 The graduation building – also known as “Saline” – is an imposing building on the Franconian Saale. It was originally part of the salt extraction plants (salt pans). The total length of the complex was about 2.2 kilometers. Through these plants, the enrichment of the brine’s salinity was achieved. The function is similar to the task of the salt marshes in the Mediterranean. Due to the much simpler and cheaper extraction of salt from salt stocks, salt extraction ceased in 1945. However, grading became more and more important as a therapeutic element in the following years. The open-air inhalation with salty, misty air is used in brine therapy. This increases physical and mental performance and stabilizes the immune system. In the 80’s unfortunately a large part of the (residual) gradier aus was removed for structural reasons. Only the foundation stones can be seen. Especially in the summer months, many guests enjoy the refreshing and cooling “salt rain”. The graduation building is freely accessible at all times and costs no admission. 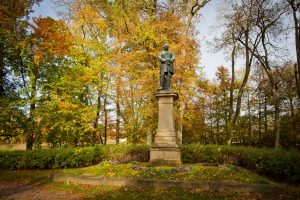 Between 1874 and 1893 Duke of Lauenburg known as Otto von Bismarck was in Bad Kissingen for a total of 15 times for a spa stay, where he even temporarily moved the Reich Chancellery from Berlin. Because of this close connection and loyalty, Bad Kissingen erected this world’s first monument to him during the lifetime of the Reich Chancellor in 1877. This required the permission of the Bavarian king. Ludwig II therefore wrote a letter informing him that the monument should not be at the site of the assassination attempt on Bismarck, but at the “Lower Saline”. In 1915, the monument was decorated with a bronze skin in order to preserve it for the long term of posterity. 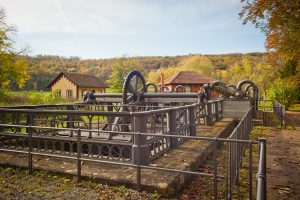 Pumping station at the graduation tower

At the “Untere Saline” site in the Hausen district, the “centre” of salt extraction in Bad Kissingen was created. This included a new salt pan plant with a well house above the brine spring with a mechanically operated scoop. The graduation plant set up by Kaspar Seiler was the first of its kind in Germany. The salty brine was passed over bundles of rice. Due to the evaporation, the gradation (salt content) increased with each subsequent passage. Subsequently, the final product was produced during the evaporation of the highly enriched brine: salt. In 1848, the first turbine-powered pumping station was built to raise the brine outdoors, followed by another pumping station in the half-timbered house in 1883. 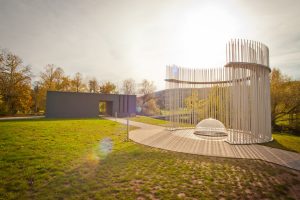 The Round Fountain (Runder Brunnen) is located near the graduation plant. The Round Fountain is one of the old solstic springs, which used to be used primarily for the extraction of table salt and today as healing water for the operation of the graduation building and for the feeding of the Kneipp basin. Its name refers to the round version of the fountain, which was unusual at the end of the 18th century. Even today, the Round Fountain is considered a sight, as it intermittently, i.e. from time to time it rises violently and sinks again. Visitors can watch this spectacle through a glass dome. Fountains and adjacent technical buildings were renovated in 2017 and now give visitors an informative insight.